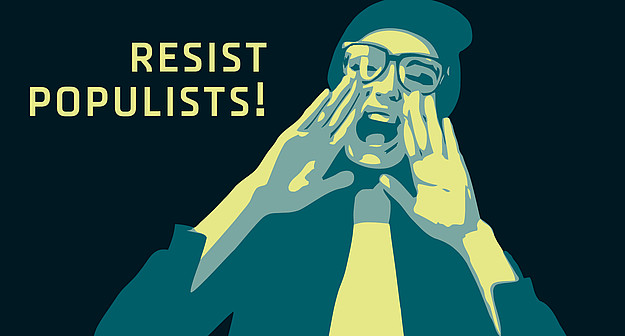 79 years after the outbreak of anti-Semitic pogroms on 9th and 10th November 1938, revisionist historians and right-wing
populists in Germany have regained power in Parliament. We will not allow ourselves to grow accustom to racial world views,
people who resist refugees and anti-Semites in German and European parliaments. 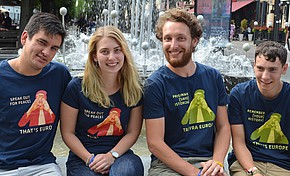 Action Reconciliation Service for Peace invited you on 9th November 2017 to exchange and commemorate. We debated with you on how to fight against discrimination and right-wing extremism. Experts from youth work, the Church and educational initiatives present (creative) ways to campaign
for an open society in daily life and to stand up against populistic slogans.

Study the past to build the future: ARSP Summer camp volunteers advocate the memory of the victims and survivors of National Socialism, so that they are never forgotten. Additionally the international teams in Greece, Italy, Hungry and Lithuania had the chance to deal with civil society movements. This has resulted in an exhibition that shows ways of lives of people in resistance and allows numerous insights into enriching encounters and challenges of modern cultures of remembrance.

The subsequent service “he comes again today and teaches the people” took place to commemorate the Pogrom in 1938 because: The World Should Not Stay As It Is. Neither Should We.

13:00 Guided tour around the town: “Denied Memories”, meeting point at the Bus stop “Golßener Straße” at 12:45. The walk ends at the Martin Luther Church in Berlin-Neukölln.
14:15 Arrival with tea, coffee and cakes
15:00 Welcome and opening of the exhibition “People in resistance” and exchange with volunteers and international partners
16:45 Against right-wing populism – but how?! Experts from youth work, educational initiatives and the Church present their successful work against right-wing populism and discuss challenges for the European civil society
18:00 Dinner
19:00 Service in commemoration of the Pogroms in 1938.

The event took place in German with English translation available.