Today there are approximately 16 placements for volunteers in Poland. Volunteers work in the memorial sites in Stutthof and Majdanek, as well as in the International Youth Center and in the Jewish Center in Oświęcim. They visit former prisoners, or work with children and youth. Most of the volunteers live and work in large cities, such as Warsaw, Kraków, Gdańsk, Lublin, and Łódź. 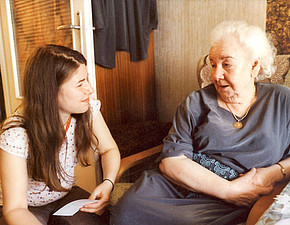 Volunteers in Poland work with survivors of the Shoah or with former forced labourers.

Volunteers in Poland should display interest in learning a language that is not so easy for German speakers. ASF supports the volunteers with this, by arranging language classes. Previous knowledge of another Slavic language is helpful. Most projects require independence and reliability and in the field of social work, a lot of patience and caring, in particular. We look for people interested in history and teaching for the work in the Polish memorial sites. 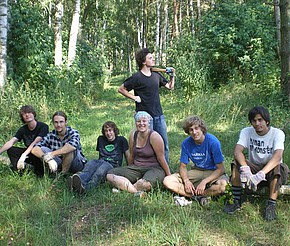 In the course of the Nazi occupation and the Second World War, 6 million Polish citizens were murdered. Poland suffered high material and cultural losses: the constant shifting of borders, the loss of a quarter of its total territory and the displacement of millions of people. This historical conflict was controlled and exploited by the state until 1989, in order to justify its dependency on the Soviet Union as Poland´s only chance. Parallel to the official national historical view, there existed a different perspective in the minds of the displaced persons from the East, which was based on memories and experiences that could not be publicly voiced. There was scarcely room for the future of the Polish Jews. In the time after 1989 new discussions began, for example, about anti-Jewish Pogroms or - in the recent past – debates about the memorial for displacement.

Poland was one of the countries, as well as Russia and Israel, that Lothar Kreyssig named when explaining his call to founding a "Aktion Sühnezeichen". The work began in the 1960s, when the first group visited the former concentration camps that are now memorial sites. Already in the middle of the 1960s the idea of the construction of a Youth Centre in Auschwitz was forming, and this was realised in 1986. Until 1989 Aktion Sühnezeichen fought against the government's wishes, working under very difficult conditions. A very large range of activity was achieved with the political changes, following the fall of the Iron Curtain. Since 1996 there has been an ASF branch office in Poland, which enables a better sense of the Polish perspective and of the historical debates in the country.

For our program in Poland we accept 16 volunteers from both Germany and Ukraine. In the seminars the volunteers meet with peers from Poland. That’s why we call the program »trilateral«. Due to language skills required, some of the posts are only designed for people from Ukraine and others only for people from Germany. More information can be obtained from the ASF office in Ukraine.

Have a look at a list with all the projects in Poland.