Meeting each other, getting to know each other, working together at the Jewish cemetery, sharing stories, having fun… fifteen volunteers, with and without disabilities, shared these experiences in August 2013 in Bernburg. Our cooperation partner was the Memorial for the Victims of the NS Euthanasia Program. 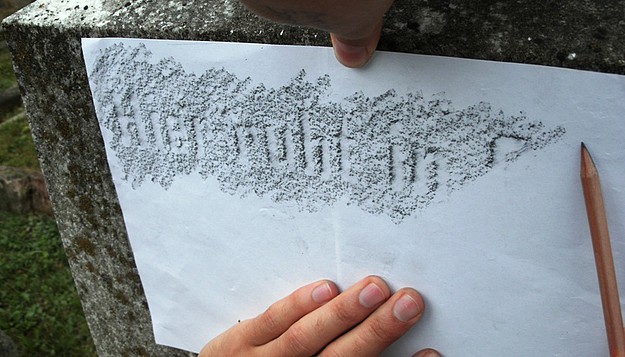 Dr. Hoffmann, leader of the Euthanasia Memorial Bernburg has long desired that the Jewish history of Bernburg be made more accessible to the people of the city. The goal was to create a plan of a cemetery and thus the cornerstone for an interactive city plan for the Jewish history in Bernburg.

In the following days, participants deciphered Hebrew texts, writings that had been covered up, and broken stones in order to transfer them over to a digital site plan for the cemetery. We quickly discovered how well our different abilities complimented each other. We grew closer as we made notes and crosshatched, drew up and organized pictures, and sorted and discussed together. After a few days, the strange faces became familiar friends with whom we could spend the evening hours.

As the work finally came to a close and the plans were turned in, all members of the group had made valuable discoveries and memories that they wanted to protect from being forgotten. And so we decided to preserve our impressions of the cemetery with hatchings, in order to share them with the residents of Bernburg.

There was still so much to tell: of the Jewish cemetery, of Action Reconciliation Service for Peace, and of the fourteen people who, regardless of whether or not they had disabilities, worked and lived together in Bernburg and who would surely come back next year to experience history together.