In cooperation with the Jewish community, a summer camp that transcended generations set out on the search for traces of the Great Patriotic War in Volgograd. The metropolis on the Volga, which is known for the Battle of Stalingrad, brings volunteers to think about solemn experiences.

The Jewish community and its members were our home, our friends, and our employers for two weeks. We cooked, lived and spent a lot of time with the Jewish community. We were brought closer to Jewish life when the librarian Vera led us through the synagogue and when Yael, the wife of the rabbi told us the story of the community. And the rules of kosher cooking continued to fascinate us and keep us busy. 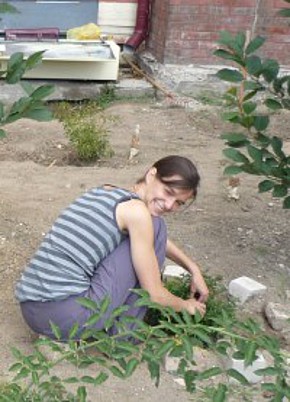 We engaged the history of the city of Volgograd. We visited the hill on a Saturday and were astonished by the giant fighters, steps, and walls that tower over the viewer in order to emphasize the greatness of the heroism of the fighters, which for some of us was rather strange. Especially since we had heard of the many horrors of the war, in which stories of heroism are in the minority. And we were able to speak with veterans of the war, which changed our views yet again. We were able to speak with the 90-year-old Esfir, who worked in the war as a nurse. She saw Volga burning and so many people dying, which is something quite unimaginable to us. And when we spoke with Mischa, who was a child during the war, you could sense what horrors this war brought not only to soldiers but to the civilian population.

Of course we also participated in a couple of swimming excursions and we drove to the other side of the bank of the Volga with speed boats. We went on walking tours of the city and had a lot of fun working together and singing together by the camp fire.

On behalf of all the participants, we would like to thank the Jewish community for making this project possible and for giving us two wonderful and valuable weeks together.