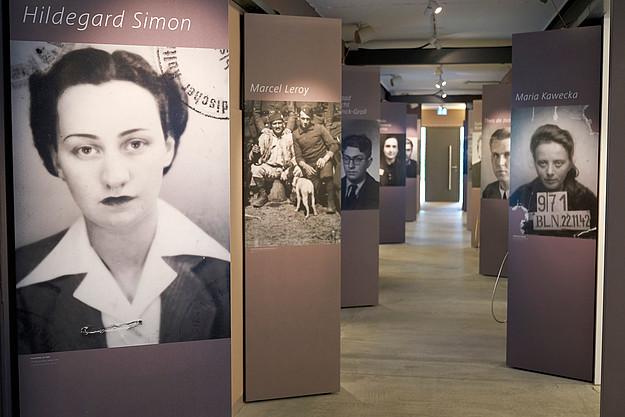 The summer camp takes place in cooperation with the International Youth Meeting Centre (IYMC) of the Nazi Forced Labour Documentation Centre. At the core of the project there will be biography work and a development of a staged reading on the topic of NS-forced labour.

The International Youth Meeting Centre (IYMC) is part of the Nazi Forced Labour Documentation Centre that is located on the grounds of an almost completely intact former forced labour camp in Berlin Schöneweide. The exhibitions, archives, and educational programmes focus on a forgotten victim group: about 8.4 million civilians from all over Europe (up until 2006 without their own memorial site) were forced to work for the Nazi regime during World War II.

The International Youth Meeting Center opened in 2015 on the grounds of the documentation center. It offers a place where young people from different countries and cultures come together, discuss and learn together. Using the example of the Nazi dictatorship and forced labour, the participants deal with the mechanisms of exclusion and exploitation.

Photography work will be enhanced by tours of the Nazi Forced Labour Documentation Centre and Schöneweide historical sites. Visits to the foundation Topography of Terror and the German-Russian museum in Berlin Karlshorst are also planned.

During the summer camp we will be working with biographies and life stories of former forced laborers, as well as other actors, such as camp commandants. By working closely with the interviews and other sources, the participants will receive insight into the structure of Nazi forced labour and into individual biographies of former actors. At the same time, we want to spark an interest in historical and political processes and show that politics and critical attitudes indeed have something to do with our own lives and realities.

Staged performance work will be enhanced by tours of the Nazi Forced Labour Documentation Center and other historical sites in Berlin. In the practical part, the participants will learn the basics of theatre and at the end they will film a scenic reading with the interviews of the former forced labourers.