The summer camp takes place in the International Youth Meeting Centre of the Nazi Forced Labour Documentation Centre in Berlin Schöneweide. The participants will get a crash course in photography and apply theirs skills in photographically documenting histories and places of forced labour in Berlin. 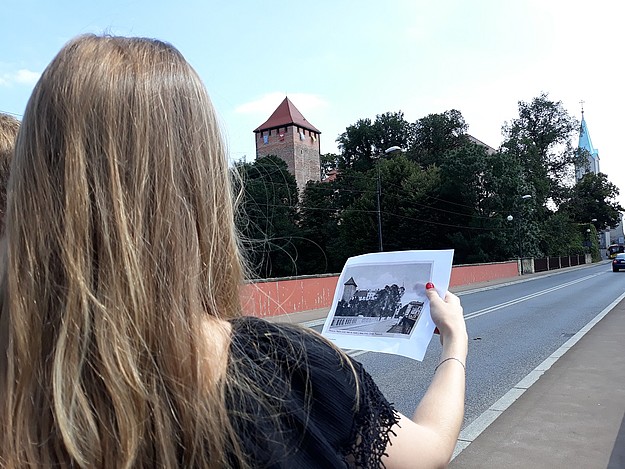 The Nazi Forced Labour Documentation Centre is located in Berlin Schöneweide on the grounds of an almost completely intact former forced labour camp. The exhibitions, archives and educational programmes focus on a forgotten victim group: about 8.4 million civilian labourers from all over Europe forced to work for the Nazi regime during the Second World War (who were without their own memorial site up until 2006). In November 2015, an International Youth Meeting Centre opened on the premises of the Nazi Forced Labour Documentation Centre.

While tracing with their cameras the background and life stories of not only former forced labourers but also the agencies, companies and sites of forced labour, the participants will be guided by a professional photographer. At the same time new ways for reflection are opened up that can spark an interest in historical and political processes and demonstrate that history and critical attitudes have something to do with one’s own lives and realities.

Photography work will be enhanced by tours of the Nazi Forced Labour Documentation Centre and Schöneweide historical sites. Visits to the foundation Topography of Terror and the German-Russian museum in Berlin Karlshorst are also planned.

At the end of the summer camp, the results of our photographic explorations will become an exhibition at the Documentation Centre.

The Summer Camp in Berlin