Chernivtsi was a symbol. The capital of Bukovina stood for the peaceful co-existence of Jews, Poles, Ukrainians, Russians and Germans in Europe before the Second World War and the redrawing of the map of Europe. 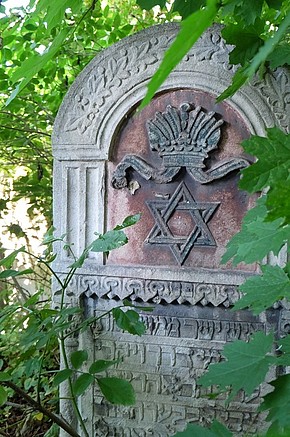 The 40+ summer camp in Chernivtsi has been gathering since 2009. We dive into the history of Jewish Bukovina: from the flowering of the 19th century to the tragedy of the 20th century – the deportation of almost the entire Jewish population – to the consequences of Sovietisation.

We visit the small Jewish community, discover the city and let ourselves get caught up in the Chernivtsi adventure. It will be hot, loud, stressful, not always comfortable, often strange, sometimes incomprehensible, but definitely unforgettable.

The Jewish cemetery of Chernivtsi is, with 50,000 graves, one of the largest preserved Jewish cemeteries in Europe, damaged in some areas and largely neglected. We will pull up weeds and undergrowth, clear overgrown paths between the graves and discover forgotten inscriptions on the gravestones.

The Summer Camp in Chernivtsi