Hear Manuel's story about his life in Warsaw

The Foundation for Polish-German Reconciliation (Warsaw) 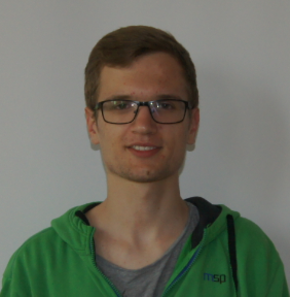 My name is Manuel and I work at the foundation for Polish-German Reconciliation in Warsaw. I also visit two elderly ladies who are concentration camp survivors. Although the visits are really interesting and truly something special, I want to focus on my work at the foundation for Polish-German Reconciliation in this text. The current main project of our foundation, at which we work since last summer, is to establish a database of all the graves of Polish citizens in Germany who died during the Second World War. The database would allow to search the name of a person and it would show where exactly the grave of this person is located, information about the cemetery and a photograph of the grave if one is available.

My main task in this project is to contact the cemeteries in Germany, where, according to our data, Polish war graves still exist. A big problem is that the lists are from the Polish Embassy in East and West Germany and they were made in the 60s. A long time has passed since then and many of the graves do not exist anymore or were moved to other cemeteries. Because of that, we have to contact the administration of the cemeteries and ask if the graves still exist. I am really happy that I, being a native German speaker, can contribute something to the project by communicating with the cemetery administration in Germany.

The project requires a lot of work and we have to work thoroughly but I think that it is really important that the relatives of the people who died in the Second World War know where the graves of their ancestors are located. This would give them the possibility to visit the graves.

The database will probably be released to the public later this year because it is currently in the beta phase and still needs some more tweaks.