About ARSP in the UK

For over 60 years ARSP has been committed to working toward reconciliation and peace, as well as fighting racism, discrimination and social exclusion.

Today, these aims are continued and realised through the long-term international peace service programme. This is known as peace service because, in co-operation with our partners, volunteers develop their understanding of history and other cultures and societies, whilst experiencing and accepting different patterns of thought and behaviour. Nowadays, due to generational change, ARSP volunteers do not act from a feeling of personal guilt, but rather from the conviction that they want to make a positive contribution toward a more peaceful, just and tolerant world. Every year around 180 volunteers, mostly aged between nineteen and twenty five are active for ARSP in thirteen different countries on a variety of educational, historical, political and social projects.

Why in the UK?

Britain differs from many of the countries ARSP works in due to the fact that there are fewer physical remainders of the horrors of the Nazi past. Towns and cities do not have concentration camp memorial sites that the public can visit on a daily basis or monuments to victims of the death marches or the numerous minority groups persecuted by the Nazis. In comparison to Germany there are far fewer services throughout the year commemorating the victims of Nazism, because in many cases events such as the Reichspogromnacht (Night of the Broken Glass) simply did not occur on British soil. Memorialisation, discussion and remembrance of the Nazi past is arguably far less pronounced in the UK and it could therefore be argued that due to the lack of tangible remainders of the Nazi past the work carried out by ARSP is essentially irrelevant.

After all, volunteers in countries such as Germany, Poland and Russia often spend significant amounts of time working at memorial sites and caring for Holocaust survivors, facilitating modern day forms of reconciliation that are often not possible in the UK. Whilst project work in the UK has a slightly different focus the effects and consequences of the Second World War are far more prevalent than would initially appear. Nearly every village or town has a memorial to fallen soldiers, whilst London is full of monuments commemorating particular events or influential decision makers. Furthermore the effects of the Holocaust were also keenly felt in Britain, due to the Kindertransports and the arrival of Jewish refugees who emigrated here following Hitler’s rise to power and before the outbreak of war in September 1939. This led to the foundation of organisations such as the Association of Jewish Refugees (AJR) which today still actively raises awareness on issues surrounding forced migration and is currently an ARSP project partner. The legacy of the Nazi past therefore retains significance as it links into contemporary life. Although the interpretation of this past differs from country to country it is clear that shared lessons can be applied to present day societies throughout Europe and the world; Acknowledging and understanding the impact  of the past to ensure repetition does not occur, upholding democratic structures to create a fair and just world and respect and tolerance for every human being, irrespective of their skin colour, religion, sexual orientation, personal beliefs and political attitudes are all lessons that can be drawn from confronting and examining the consequences of National Socialism. They are also values and ideas continuously promoted by ARSP in all our project work in the UK, ensuring the organisation remains as relevant now as it did following its foundation in the UK in 1961. 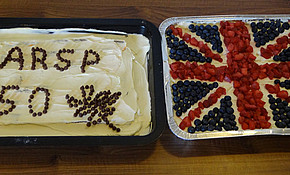 Download our brochure marking over five decades of ARSP in the UK: Turbulent Times and Great Successes!

Finding refuge in the UK

In 1938 and 1939 nearly 10.000 unaccompanied, mainly Jewish, children fled Germany, Austria and Czechoslovakia and found refuge in the United Kingdom. The Kindertransports were one of the most successful rescue actions prior to WWII but at the same time became symbolic for the disastrous dimensions of the Holocaust as most of the Kinder never saw their parents again.

Gesche Heidorn, a former ARSP volunteer, writes about the history of the Kindertransports.

About the Kindertransports (PDF, 18.55KB)
Association of Jewish Refugees 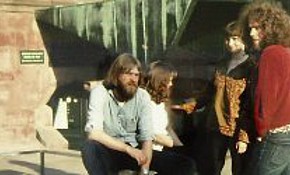 In 2011 ARSP had double reason to celebrate as we marked the 50th anniversary of ARSP's work in the UK, as well as 10 years of our unique Trilateral Programme....