History of ARSP in the UK 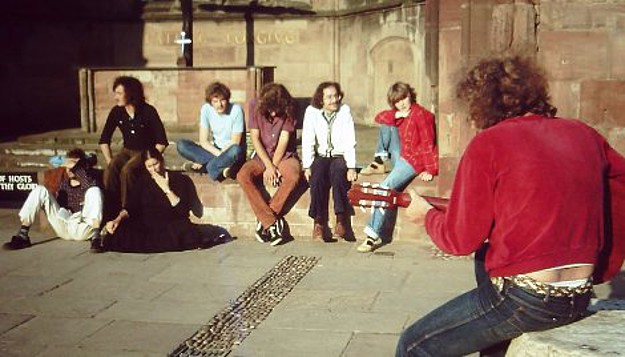 ARSP volunteers at the ruins of Coventry Cathedral 1980

The first ARSP volunteers came to Coventry in 1961 where they helped to rebuild Coventry Cathedral. Since 2001 ARSP has been running a trilateral programme with volunteers from Poland and Germany.

Aktion Suehnezeichen Friedensdienste (ASF) was founded in 1958 by Lother Kreyssig, a member of Dietrich Bonhoeffer’s Confessing Church (Bekennende Kirche). In 1958 Kreyssig stated “We Germans began World War II and for this reason alone we are guilty for bringing immeasurable suffering to humankind. (.....) There has not been true reconciliation. We are requesting all peoples who suffered violence at our hands to allow us to perform good deeds in their countries. (.....) to carry out this symbol of reconciliation”.

Under these auspices ASF was first established in the UK in 1961 as Action Reconciliation Service for Peace (ARSP), establishing a dialogue and exchange that continues today. ARSP initially began work at Coventry cathedral, one of the most emotive symbols of British suffering during the Blitz. Sixteen young German volunteers, predominantly from Berlin, began to build an international meeting centre for reconciliation in the ruins of the cathedral. This marked the start of a long, productive association. 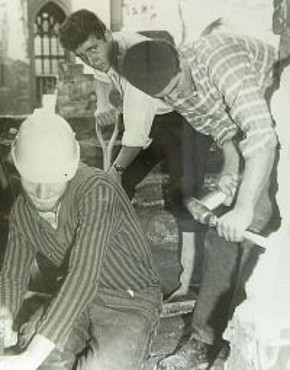 In 1963 a group of young British volunteers went to Dresden, in East Germany, to help rebuild a hospital destroyed during the Allied bombing onslaught of February 1945. Hardy Kluge, former co-ordinator of ARSP in the UK described these early exchanges as ‘the first efforts of young people to produce symbols of reconciliation, to pave the way towards a better mutual understanding and, thus to a more beautiful world’. Between 1961 and 1996 more than 600 young Germans worked as ARSP volunteers in the UK, primarily in five British regions, which were socially and economically deprived. Volunteers worked at projects throughout London, at the Corrymeela reconciliation centre in Northern Ireland and built a social centre in Glasgow, amongst others. Until 1986 ARSP sent twenty-five volunteers every eighteen months, however after this point and despite many significant achievements, ARSP’s presence in the UK began to drastically decline. This can be attributed to financial problems - on the one hand caused by cuts in the British social service budget and their effects on ARSP’s partner projects, on the other hand due to major financial difficulties experienced by ARSP as an organisation. Work in the UK was initially reduced and then almost completely closed down. From the early 1990s ARSP began to rebuild a stable project partner network. This culminated with the introduction of ARSP’s first Trilateral Programme in 2001. Volunteers are currently active in London and the Midlands. ARSP aims to continue to branch out again in the future and we are always interested to hear from potential project partners.

In 2011 ARSP celebrates the 50th anniversary of its work in the UK. We will reflect on ARSP’s history and trace the impact ARSP had on Christian-Jewish and German-British relations. We will also reflect on ten years of trilateral dialogue between young people from Poland, Germany and the UK and discuss ARSP’s role in society today. 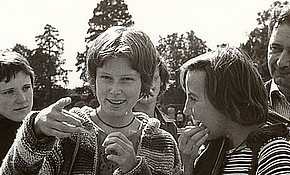 ASF has developed into an international organisation, following its foundation by German Protestants in 1958....